The World’s Most Haunted Island

Italy’s Poveglia islands history sounds like something out of a long drawn out horror movie. The endless amounts of horror stories coming out of this place are eye-opening. Those who had a chance to get off the island looked back and said it was hell on earth. It’s no wonder it’s called the world’s most haunted island.

From a distance, the island looks like something you would want to visit. A place you could go to a nice resort and unwind with your family. However, the history behind it is as tainted as the land itself. It was even used as a dumping ground for sick people during the plague. People were sent to this island to die off in order to keep them away from others who weren’t sick.

The Most Haunted Place On Earth

There are a large amounts of deaths and even stories of a mad doctor who used to preform insane surgeries on people. Some say the doctor was trying various cruel and unusual experiments on patients. Others say the stories of the mad doctor isn’t real but the history behind the plague is. But the truth is that now this silent island is the most haunted island in the world.

160,000 people including women and children met their end there!

So would you like to venture to this place?

WOULD YOU STAY THE NIGHT IN THIS PLACE?

IF YOU SAID YOU WOULD, CHECK OUT THIS POST >>> http://strangeandcreepy.com/stay-worlds-haunted-island/ 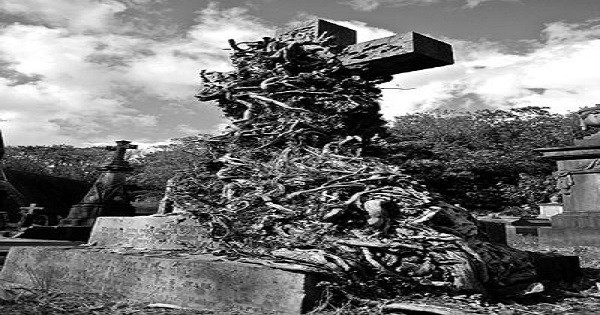 Could This Kansas Cemetery Be One Of The Most Haunted Places In The World?