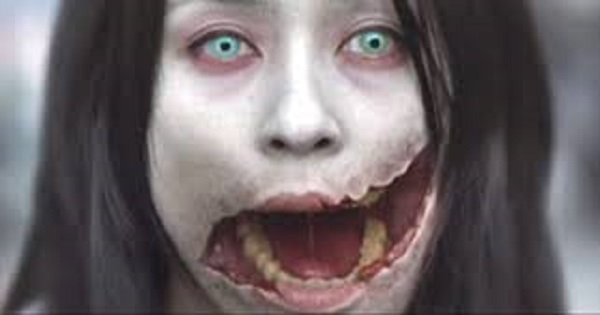 The Japanese urban legend of Kuchisake-onna the woman with the slit mouth started in the late 1970s. Supposedly an old woman spotted the young woman with the slit mouth standing in her garden. News of the story spread, but also did different variations of it. In some stories, she was carrying a sickle, in others wearing a red coat. Stories spread and so did the fear of it all.

Kuchisake-onna is supposedly the ghost of a woman who has come back for vengeance. Her mouth is slit from ear to ear, and if you come face to face with her she asks you a question. If you don’t answer the question correctly she will slash you.

Check out the video post and let us know your thoughts on it.

Some say the Japanese urban legend of the slit-mouthed woman and other Japanese scary urban legends are the product of fear. Some people spread these stories as a means to try and steer the youth from being out at night. There wasn’t any social media, net, or anything of that nature. So when stories like these were told, people would listen to them. They would also not dismiss them as just stories, they would honor the warning.

Check out this other video we found by Nightmare Tales as they tell you the tale of the Japanese urban legend. Careful,You Might Conjure Up Some Spirits At This New Orleans Museum