There’s a small home that is known as “the cage” in Saint Osyth in Essex U.K. that is said to be one of the most haunted houses in the world. Yeah we know you’ve heard it all before, but this house is a little bit different. The house has been there since in the mid 1500’s and was also used as a prison for supposed witches awaiting trial during that time period.

Of the supposed 14 witches that were accused and waiting trial 3 were executed. One of the supposed witches whose name is on a plaque on the wall was said to have casted evil spells on her neighbor. This area was a hotbed for witch trial activity during that time period.

A lot of innocent people died at the hands of paranoid people. However were ALL of them innocent? Whatever the case was the imprint of all the horrible acts didn’t leave the area, especially the house. In the 1920’s 2 skeletons were found on the property. Ever since then numerous people have reported having some very terrifying experiences.

Until 12 years ago the house sat dormant waiting for someone to call it home again. Well after all that time someone finally has come out and bought it. How long do you think it will be before that person moves out?

Check out the video post below we found of the show Paranormal Files as they investigate the house! The Top 5 Creepiest Items In The Zak Bagans Haunted Museum 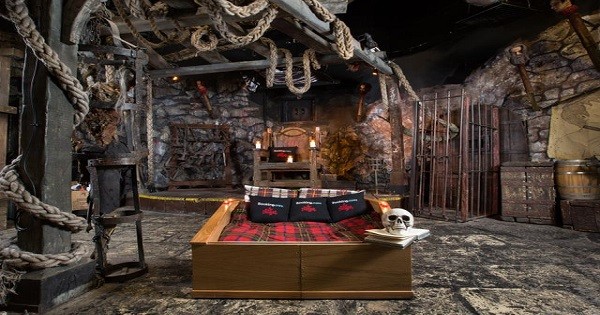