I don’t know what it is about Indiana, but we’ve found some of the most HAUNTED locations in that state. Whispering Estates has been named the most haunted house on the planet and for a good reason.

There have been numerous reports of paranormal activity, and I don’t mean random knocks or just footsteps coming from a room. I’m talking about the kind that sends people running out of a house screaming in fear for their lives.

So why is this house so haunted?

What’s known about it is that it was originally home to a doctor, he also had many unfortunate incidents with his family while living in the home. Supposedly there have been at least 6 people die during the time that the original owner lived in the house. It’s also said that there were probably numerous people who died in the house due to being sick. Could this be why there’s so many things going on in this home?

Whispering Estates has been called Travel Channels 4th most TERRIFYING PLACE ON THE PLANET!

That’s not a ranking I would want my house to be in, none the less people have been scratched and even attacked by things they couldn’t see while in the house. It’s said that numerous guests have even run from the house after having some really creepy stuff happen to them! Check out the video below for the full story on this house! 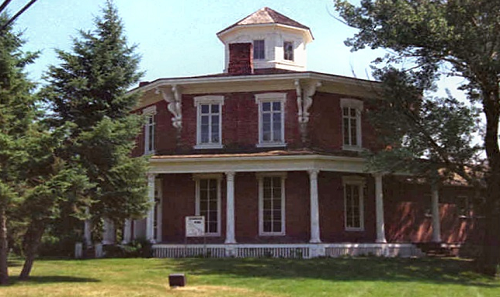